To take Space is to Make Space 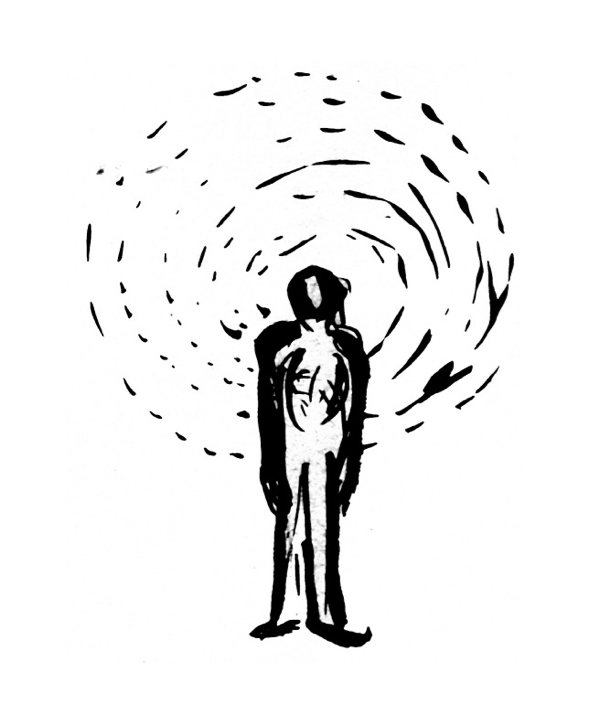 ‘It is just not kind to take away the space for other people’. Modesty keeps you away from really filling or taking the space you could naturally fill. On one hand it scares to be big. In the topic Talent of my book ‘Play Yourself’ I already wrote about this, but you can also look at it from a ‘space-taking = space-making’ point of view.

When you drive a big car in a narrow street you take a lot of space that others could use if you were not there, so you might feel guilty doing that. When you enter a space as a person and others are there as well the opposite can also true: the more space you take, the more space you make by doing so. You could also say that you ‘hold’ the space in the room.

Now this is easily said, but very often we tend to look in a modest way. Seeing it as a benefit to fit in and take the ‘restspace’ that is left by others. But that is not the best you can do for the situation or the others in the room.

An example from musical practise:

First rehearsal of a new ensemble. Everybody brings in pieces. You have a great idea and are eager to try it out. Yet what you say is: ‘who wants to go first?’ instead of ‘I have a great idea and am burning to go, is that ok with you guys?’ Bringing in your enthusiasm is bringing in your energy, it loads the room and gives way for others to do the same. Having a ‘fight’ over who may come first then becomes a funny fight full of pleasant energy. Having six people waiting politely for each other, saying ‘no no, it is ok if you go first’ on the contrary is a leak of energy, because: what do you really want?

And then, when it happens to be ‘your turn’, the often heard: ‘ehm, I have an idea, but I don’t know if it will work and maybe you have better suggestions’ probably sounds friendly but is not the most exiting way to start your idea. Not for you and not for the others.

The energy that will help the situation forward is coming from you since it is your idea. Of course the contrary: overruling yourself with a so called ‘self-assure’ attitude might just be a trick to overrule your uncertainty and that is not what I mean. The nicest, most truthful way to do this is to make connection with the initial idea before starting and then, trembling, shy, hesitating, or in whatever way, bring your idea with all the details and the energy that is in it.

Shy is not the problem. Not allowing yourself to be really there just the way you are in the given situation, a kind of withdrawing from it, however is. It sometimes is very exiting, maybe scaring, to come up with something you invented all by yourself. Yet it is precisely that what brings you and the others one step further.

Of course the other way, the big-car-in-narrow-street way, of being present also exists. Comparing Donald Trump to Nelson Mandela might make this clear and on a smaller scale you can observe this in your own environment.

Giving your presence, your ‘being here in this moment’, makes you ‘bigger’ in terms of more visible, but in the same time, by being there with everything that you’ve got, you bring in your talent as well as your awareness for the other people in the room. You can do this in an inclusive, inviting way. The more you see everybody in the room, the more each and every person will feel himself ‘being seen’ and welcome in the room. The more welcome everybody feels, the more they blossom and the more exchange of energy there will be. Presence in terms of fully giving yourself to the situation and to the people in it is a blessing and you can practise it every day. It will make you grow and you implicitly give the people around you the opportunity to do the same.